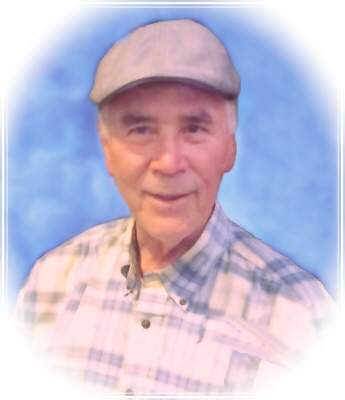 Alfredo Soto, age 83, resident of Bridgeport, Connecticut has passed away into the presence of the Almighty God on March 25, 2020 in Oswego, New York while as he was at the home of his youngest daughter Ada whom cared and tended to him each day along with his grandchildren who made sure each moment they had became created memories that would last a lifetime. Alfredo who was graciously known within his closest friends & family as Freddy & Hermanó Soto, but many would call him Rev. Soto; He was born in Arecibo, Puerto Rico the late Facundo Soto and the late Paula Bonet, but had relocated to the United States many years ago; He joined the army reserve where he learned to cook, and for some time, early in life, was employed as a short order cook. He later continued his education and received his Bachelor's Degree which allowed him to reach new heights throughout his life ; Freddy enjoyed time with family members, He and his cousins would sit together, pull out the Guitar to start reminiscing with songs that had ceased to exist for others but they always played and bring back those memories they enjoyed and cherished so much. At a young age, he married his beloved wife Alicia and soon after they relocated to Connecticut where he remained until they passed in their respective times into the eternal presence of the living God; He had been employed for the Bridgeport Board of Education as a Truancy officer for many years until the day came when he retired to focus his energy and time with his daughters and grandchildren; He was a faithful Mets fan who that looked forward to watching a great game with his grandkids; at times went to a live game with them and regardless of who won or lost, the game was always good because ultimately it was great memories created with those he loved so much. Many recognized Freddy because of his unwavering love and Commitment to Christ. He spent countless hours on Television at the time on the local Channel 12 where he spoke about Jesus Christ, about the word of God, his kingdom and how God had a purpose in the life of everyone who listened because he wanted them to find the greatest thing in life, as he himself had found, Jesus Christ! Most recently he would go around the city of Bridgeport gifting bread and other items he had received to pass on to whomever was in need. He would visit correctional centers to preach the word of God and those who were sick he would bring a word of courage; It was those things Hermano Soto would enjoy doing with a smile from ear to ear. Freddy had a sense of humor that mostly those close to him enjoyed and at times together at home he would sit and watch episodes of The three stooges and The honeymooners, El Chavo del Ocho and Cantinflas to mention a few. Alfredo was truly a man, although quiet, and with a gentle demeanor, would plant the seed of love every chance he could, TV, Radio and most recently social media, but with one goal in mind, to bless, to give, and to exhibit the love of God to others; without a doubt, Freddy was a man of many hats, but each one worn with pride and commitment!!!! He is the father of three daughters, Celia and her husband Xuong, Maria Lignore and her husband John and Ada and her husband David; He was the Welo (Grandpa) of Nicholas, Brandon, Hunter, Tomas and Reagan;' Besides his daughters and grandchildren, Freddy is also survived by his brother Amado, two sisters Georgina and Sonia; and a host of other relatives and friends who will sorely miss him. Until the day we are all called home, may your soul rest in peace which is the beginning of the prize which you earned by finishing your race, the race that by having Christ on your side, you knew you would win, and that you have done... Services have been held privately as per the wishes that Freddy be laid to rest next to his beloved wife Alicia in St. Michael's Cemetery, Stratford, CT; Family and friends that wish to honor Alfredo's long life and Commitment to his family, the City of Bridgeport, the church he attended, and those he met throughout his life, in lieu of Flowers it is encouraged that memorial contributions be made to the ALS Foundation in hope of finding a cure or helping others suffering from the effects of ALS; To find out details of what is ALS is and how you can contribute go to http://www.alsa.org
To order memorial trees or send flowers to the family in memory of Alfredo B. Soto, please visit our flower store.