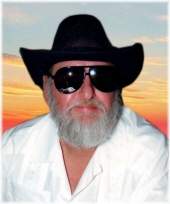 Carl R. Fricke, age 63, currently of Bridgeport, passed away into eternal rest on Wednesday, September 12, 2018 in Griffin Hospital, Derby, CT. He was born in Germany and was the son of the late Herman C. Fricke and Sylvia Fricke before relocating to the Connecticut. He is the beloved husband of Yolanda Asencio. In addition to his spouse he is also survived by his step - children Amy Rivera and Jason Rivera whom he considered like his own; his grandchildren; his sister Cathleen Fricke; his niece Sarah McAleer; and the Asencio family and friends whom will dearly miss him. Friends are invited to attend calling hours on Sunday, September 16, 2018 from 5-8 P.M. at the Funeraria Luz de Paz, (Where everyone is treated like Family), 426 E. Washington Ave., Bridgeport, CT. Final disposition will be private at the convenience of the family. An online Memorial page has been established as a place where you may share your thoughts, memories, prayers, pictures and so much more but is found EXCLUSIVELY at www.luzdepaz.com
To order memorial trees or send flowers to the family in memory of Carl R. Fricke, please visit our flower store.