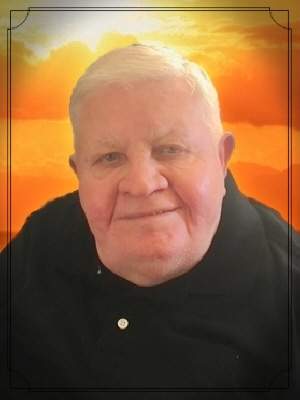 Ernesto Segui, Sr., 78, returned to the loving arms of the Lord on June 30, 2021, in the comfort of his home surrounded by the love of his family. He was born in Moca, Puerto Rico to the late Alfonso Segui and Felipa Caban Segui. He is the devoted husband of Olga Valentin Segui. Ernesto was a dedicated machine operator for over 40 years in the manufacturing sector. He was a member of St. Mary's Church for many years. Ernesto loved his family and would look forward to watching games as his children played baseball and traveled with them on baseball tournaments. Their success would bring ear-to-ear smiles and the glow only a proud pop can have. The family BBQs were times he enjoyed as he could catch up with family and friends, and he looked forward to making others laugh. Those were the moments he cherished each day. Although the next BBQs and family events may have a void, we know he is resting in God's loving arms. The memories we will have to do, until the Great Day, where God promises once again that He will allow us to embrace you! Aside from his beloved wife, Olga, Ernesto leaves behind to cherish his memory his loving children: Oscar, Ernesto, Jr. (Hilda), Daniel (Shameena), and Sonia Vishno (Damien); 11 adoring grandchildren: Oscar Segui Jr., Deanna Segui, Jordan Segui, Vanessa Segui, Jason Segui, Justin Segui, Melanie Segui, Daniel Segui, Jr., Isabella Segui, Sofia Segui, and Marlene Vishno; 7 precious great-grandchildren: Cameron Segui, Lennon Segui, Leah Segui, Mila Benitez, Justin Segui Jr., and the most recent addition on her way to this world Summer Perez, and a host of nieces, nephews, relatives, and friends who will dearly miss him. He was predeceased by his grandson, the late Joel Gonzalez, and his sister, the late Antonia Segui Sola, who just 4 months ago also entered into peaceful rest. Friends are invited to attend calling hours on Tuesday, July 6, 2021, from 6-8 P.M. at the Funeraria Luz de Paz, 426 East Washington Avenue, Bridgeport, CT Funeral Services will take place on Wednesday, July 7, 2021, beginning at 10:00 A.M. at the Funeral Home, followed by a Mass of Christian Burial at St. Mary's Roman Catholic Church, Bridgeport, CT. Interment will follow at the Lakeview Cemetery, Bridgeport, CT. Please sign our online memorial register book where you may share memories, prayers, pictures, and so much more EXCLUSIVELY found at www.luzdepaz.com <http://www.luzdepaz.com/>
To order memorial trees in memory of Ernesto Segui, please visit our tree store.