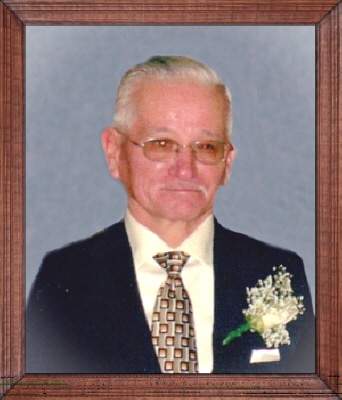 Fabian Rodriguez, age 75, beloved husband of Maria Rodriguez has passed away from this earth into the Glorious presence of God on Tuesday, March 23, 2021 in his home while he was surrounded by his family; Fabian was born in Quebradillas, Puerto Rico but had relocated to the Bridgeport area at an early age and has resided here since. He is the son of the Late Norberto Rodriguez and the late Saturnina Lopez; Fabian enjoyed spending time in his garage, with his music being played on his one speaker. He would spend countless hours in there on fixing whatever came his way. He was a jack of all trades, master of tons and would help anyone who came his way but lending them a hand and never considered anything for himself. He played the guitar at St. Charle's Church during masses for quite some time but overall he loved music as a whole and would consistently try playing different instruments. Fabian was a man who provided for his family and as long as they were ok, so was everything else. Spending quality time with family and friends was also something he enjoyed, periodically sharing a little of his sense of humor which everyone enjoyed. In addition to his wife, Fabian is survived by his children, Wilson Soto and his spouse Barbara, Carmen Purcell, Madelyn Torres and her spouse Javier, Ismael Soto, Giovanni Rodriguez, Nelson Rodriguez and Nancy Rodriguez; 14 grandchildren and eight great grandchildren. and a host of other relatives and friends whom will sorely miss him. Friends are invited to attend calling hours on Monday, March 29, 2021, beginning at 10:00 A.M. until 1:00 P.M. at the Funeraria Luz de Paz, 426 E. Washington Avenue, Bridgeport, CT; a Funeral Service will take place in the funeral home at 1:00 P.M. followed by interment in Mt. Grove Easton Cemetery, Easton, Connecticut; Please be advised currently the State of Connecticut has lifted the limitations on the amount of persons permitted in the funeral home during a Funeral Service, BUT comprehending the reality that COVID 19 is still a very dangerous and active virus, each family we serve will have the authority granted to determine the maximum amount of persons they feel comfortable with at any one given time inside our facility and if determined by the family. Our goal above all is to preserve the health and wellbeing of everyone within our facility at all times and that everyone may return to their homes in the same condition they arrive.
To order memorial trees in memory of Fabian Rodriguez, please visit our tree store.