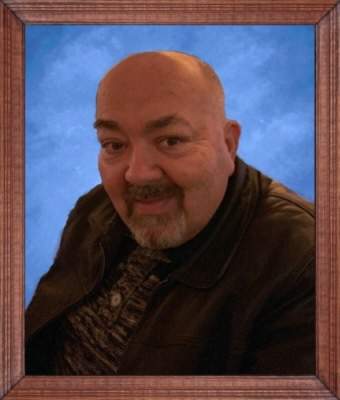 George John Kapetaneas, beloved husband, father, grandfather, brother, son-in-law, uncle, and friend, went home to God on December 24th, 2020. He was 62 years young. Warmly referred to as “Baba” by his four children, “Baby” by his wife, and “Big George” by his many loving friends; George was born in Sparti, Laconia, Greece, on September 25th, 1958, where he spent his adolescence alongside his brother Gregory, his father John, his mother Panagiota, and his many aunts, uncles, and cousins. After emigrating to the United States with his family in 1969, George grew up in Fairfield, before moving to Trumbull, CT, his home of nearly 32 years. He became involved in the restaurant business in the late 1970’s, eventually opening the Captain’s Pizza House restaurant in Bridgeport, CT, which he owned and operated for more than 40 years. George cherished his family, hard work and fast cars; he could often be found riding his motorcycle alongside his eldest son, spending days out on the boat with his loving wife, devoting every Friday afternoon to taking his youngest son Nickolas to the Monroe car show, and giving his children, nieces, and nephews joyrides in his prized Corvette, which you could always find parked outside Captain’s every morning. An ardent pool shark, George was a staple in the Connecticut billiards scene for many years; his fellow players and opponents would call him a “maestro” behind the cue. George is survived by his beloved wife of 20 years, Cristiane Kapetaneas. He is the adoring father of John George (Elizabeth) Kapetaneas, Panagiota Kapetaneas, Georgette Kapetaneas (Bianca Mobilio), and Nickolas George Kapetaneas; the doting grandfather of Lucas Michael Kapetaneas, Grace Anne Kapetaneas, and Angela Quinn Kapetaneas; the brother of Gregory John Kapetaneas; and the son-in-law of Lourdes Couto. He is predeceased by his parents, John and Panagiota Kapetaneas. Friends and family are invited to attend Calling Hours on Wednesday, Dec. 30, 2020 from 9:30-11:00 am followed by a service directly at Holy Trinity Greek Orthodox Church, 4070 Park Ave, Bridgeport, CT 06604. His interment will follow at Mt. Grove Easton Cemetery, Harvester Road, Easton, CT. In lieu of flowers, memorial donations may be made directly to the family c/o Funeraria Luz de Paz, 426 E. Washington Ave. Bridgeport, CT 06608. AIONIA H MNHMH
To order memorial trees or send flowers to the family in memory of George John Kapetaneas, please visit our flower store.