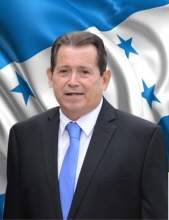 Hector Rolando Portillo, age 65, of Bridgeport, peacefully passed away into the glorious presence of the Lord on January 19, 2018 in his home. He was born in San Pedro Sula, Honduras, but relocated to the United States many years ago. Hector was well known by many as a barber, no doubt, talented in his trade, which he practiced since the early age of 18. He worked at various locations throughout Bridgeport, which allowed him to become popular in the community and quickly became known as one of the most detailed barbers around. Hector loved Salsa music and dancing, perhaps more than your regular love for something. Hector would travel to New York to take various classes and would stop at nothing to expand his dancing abilities and enjoyed nothing better than to hear a Salsa band playing live. Hector is the son of the late, Hector Portillo and the late, Blanca Lopez. He is survived by his sons Allan Rolando Portillo and Jose Luis Portillo (Shreena); his daughters Jessica Alvarado (Fernando), Yvonne Colon, Yvette Castillo (Ricardo) and Velia Portillo. His siblings including: Jose A. Portillo, Carlos Portillo, Arturo Portillo, Maria Elena Lopez, Marina Portillo and Janet Portillo; his grandchildren Allan, Daniel, Saul, Devin, Aylani, Esperanza and Lily, along with a host of other relatives and friends whom will miss him dearly. Friends are invited to attend calling hours on Tuesday, January 23, 2018 beginning at11:00 A.M. This will be followed by a funeral service. Interment will follow at Lakeview Cemetery, Bridgeport, CT. An online register book and memorial page has been established to express your thoughts, memories, prayers, and pictures.
To order memorial trees or send flowers to the family in memory of Hector Portillo, please visit our flower store.