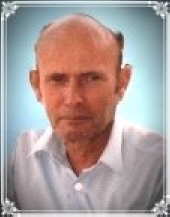 Herminio Collazo, age 86, passed away into eternal rest on Thursday, July 5, 2018 in his home. He is the son of the late Herminio Collazo and the late Rufina Collazo; He was born in Camuy,Puerto Rico but had relocated to the Bridgeport area many years ago. He is survived by his son Luis A. Collazo and his wife Yolanda of Bridgeport; one daughter Maritza Collazo; his brothers Jose A. Collazo, Maximino Collazo and Ismael Collazo; his sister Rogelia Morales; He is also survived by his grandchildren, great grandchildren and a host of other relatives and friends whom will dearly miss him; Friends are invited to attend calling hours on Tuesday, July 10, 2018 from 5-8 P.M. at the Funeraria Luz de Paz, (Where everyone is treated like Family), 426 E. Washington Ave., Bridgeport, CT; Funeral Services have been scheduled for Wednesday, July 11, 2018 beginning at 10:00 A.M. at the Funeral Home followed by a Mass of Christian Burial in ST. Charles Barromeo Church beginning at 11:00 A.M.; interment will follow in St. Michael's Cemetery, Stratford, CT; An online register book has been established as a place where you may share your thoughts, memories, prayers, pictures and so much more but is Found EXCLUSIVELY at www.luzdepaz.com;
To order memorial trees or send flowers to the family in memory of Herminio Collazo, please visit our flower store.