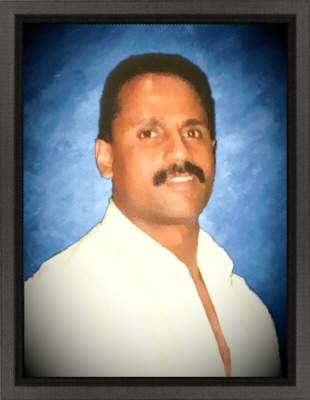 Jesus Manuel "Tano" Llanos, age 72, of Bridgeport, CT, has passed into the Glorious presence of the Lord on Sunday, March 7, 2021 in St. Vincent's Medical Center, Bridgeport, CT. Tano as many knew him was born in Rio Piedras, Puerto Rico to the late Cresencio Llanos and the late Maria Bultron Llanos; but had relocated to the Bridgeport area many years ago. He was a graduate of the graduating class of 1968 from Bassick High School; he furthered his education at the Oklahoma State College and Sacred Heart University in Fairfield, CT; Soon he then became a Bridgeport Police Department officer where he was employed for 20 years before retiring. He had been certified as an Instructor of Development, also worked in the Advanced Arson Investigation and Narcotics Investigation. After his retirement he worked in An Alternativer incarceration program, at Community Youth House and Project Moore as a case manager. He was the husband of Miriam Llanos (Rivera), who he married on May 27, 1978. He is the father of four children Alexis Llanos, Adán Llanos, Daniel Llanos, and Amber Rogers. seven grandchildren; In addition he is survived by his siblings Oscar Llanos, Rafael Llanos, Miriam Llanos and Vilma Llanos; and a host of other relatives and friends whom will dearly miss him. Besides his parents, Tano, was preceded in death by his brothers Carlos, Eddward, Raymond and Cresencio and two sisters Diana and Noelia; Final disposition will be done privately at the convenience of the family. All are encouraged to sign our online memorial Registerbook where you may share your thoughts, memories, prayers, picture and so much more and may be found directly at www.luzdepaz.com;
To order memorial trees in memory of Jesus M. llanos, please visit our tree store.