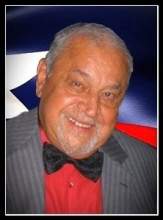 It is with great sadness that the family of John Soto, announces his passing after a long illness on Friday, September 21, 2018. John passed away among family at his home in Orange, Connecticut. John was a loving husband, father, grandfather, brother, community leader, and industrial trailblazer. John, who was born in Fajardo Puerto Rico in 1932, was an ardent protector and advocate for his birthplace often commissioning cultural events and sponsoring Puerto Rican related activities. The Connecticut Puerto Rican community has lost a loving friend and advocate. While he was appreciated for his philanthropy and love for life and people, he may have been best known for his accomplishments in industry. John moved to Manhattan’s Lower East Side as a teenager. His persistence and talent, despite long odds, led him to a career in machining. As a machinist he worked his way up through the ranks until in 1970 he founded Space-Craft Manufacturing, Inc., an industry leader in the machining of aircraft engine and airframe components. His company received numerous honors including the National Supplier of the Year Award from the U.S. Air Force and the Small Business Administration’s New England Businessman of the Year Award. In addition, John received the Inc. Magazine’s (Inner City 100 Circle) Award. At one point in his career he owned more than five businesses, one as far away as Oklahoma, and he was most proud to have employed more than 400 people with very little turnover. John’s generosity led to long term working relations. John once was recognized for owning the 73rd largest Hispanic-owned company in the country. His headquarters was in New Haven but he was known nationally in industry and throughout the Puerto Rican community. In May 2003, John received the Degree of Doctor of Humane Letters, Honoris Causas from Southern Connecticut State University. He had also received an Honorary Associates Degree from Gateway Community College. Dr. John Soto is a founding member of the Progresso Latino Fund and has devoted countless hours to a variety of causes including CALAHE. During the past twenty years, he has led a personal crusade to raise the self-esteem and goals of underprivileged young people, donating time and funds to youth at risk. He established several scholarships for Latino students and has been a tireless speaker at Connecticut inner-city schools throughout the state. In 1999, he was recognized for philanthropy at a White House Conference event. He is also a member of the Southern Connecticut State University Foundation Board of Directors. John was an avid golfer and served on the Traveler's Championship Tournament board of directors. An enthusiast of theatre and performing arts, John was a sponsor and board member of the Shubert Theatre in New Haven, CT; Supporting the Chabad House at Yale University, the center's elevator is named in honor of John and Glady's Soto; John was also the founding sponsor of CT latinas in Power Symposium. He also had the distinct honor of being appointed to the CT State Judicial Review Board; Dr. John Soto is survived by his loving wife and best friend Gladys Soto and his children, Gloria Goveia, of Westport, Maureen (Robert) Frinder of Clinton, Jeanne Soto (Patricia Parker) of Unionville, Deny (Dimitrios) Tsirigotis and their child of Toronto, Canada, Pedro (Sara Jamison) Soto and their child of New Haven, and Vanessa Soto (Peter Horton) of Miami, Florida. One sister Amparo (Abraham) Rodriguez of Rio Piedras, Puerto Rico; He will also be missed by his children he gained through marriage but considered his own Rebecca (Adam) Quenneville of South Hadley, Massachusetts and their children, Melissa Arroyo (Eddie Morales) of Chicopee, Massachusetts and their children, and Sarah Arroyo (Michael Arroyo) of Philadelphia, Pennsylvania. Forever remembered with love by his nieces Anne (John) Weir of Hamden, and their children, Lianne (Michael) Gerety of Cheshire and their children and Gregory Ayala Jr. of East Haven. John was predeceased by his parents, Martin and Francisca Gonzalez Soto, two sons John Soto, Jr and Norman Soto, Two Sisters Carmen Ayala and Anne Morales , his nephew the late Manuel Morales, and two sons the late John Soto Jr. and the late Norman Soto. To the very end John exercised his ability to visit with family and friends, share quality time with his wife Gladys, give to causes, and conduct a spiritual journey through his adopted church Trinity Baptist Church in Fairfield. John was ready for this next venture and certainly today leaves great memories, a legacy of giving, and his heartfelt love for his family and community. Gladys and the Soto Family extend profound appreciation to the team of nurses at home and St Raphael ICU for their dedication and love for John. To Dr. Micheal Imevbore and Dr. Fausto Petruziello we extend our gratitude for their commitment to John's miraculous palliative care journey. In lieu of flowers family requests donations to the SCSU Foundation, in the memo section “In memory of John Soto” 501 Crescent Street, New Haven CT 06515 or Gateway Community College Foundation, 20 Church Street, New Haven, CT 06510. A Memorial service has been scheduled for Monday, October 1, 2018 at 11:00 A.M. at the Trinity Baptist Church, 300 North Benson Road, Fairfield, CT; The Funeraria Luz de Paz (Families First at Luz de Paz), 426 East Washington Ave., Bridgeport, CT (203) 330-8081, has been granted the honor to organize, along with his family, the Celebration of a life well lived of John Soto; Please visit John’s Memorial webpage, a virtual place established as a place where you may leave prayers, pictures, memories, up to the minute accurate details, and so much more and is found EXCLUSIVELY at www.luzdepaz.com.
To order memorial trees in memory of John Soto, please visit our tree store.