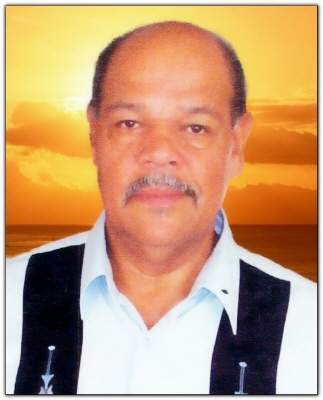 José A Márquez, 78, of Stratford, Connecticut, passed away June 14, 2021, in his home surrounded by his family. José was born in Cayey, Puerto Rico before relocating to the United States in the 1960’s as part of the second Great Migration. José was a man with a heart of gold,who was humble and generous.. Throughout his life, José focused his energy on being the best son, husband, father, and friend. Everything he did reflected such purpose. He married the love of his life Alida Marquez in 1967. As a husband and father, José came into his own, putting into practice the values he had been raised on. Throughout his life, José had many jobs, often working more than one at a time.When he landed at Ohio Rubber in Stratford, he found the place where he would remain employed for more than 35 years until his retirement. Fiercely loyal and hard-working, José once remarked, “Orcomatic has been good to me.” Throughout the late 70’s and all of the 80’s José was the unofficial patriarch of Lafayette St. Almost all of the families that resided in the two six-family apartment houses there were related to José. Many of them worked at Orcomatic with him. All respected and admired the man who lived at 286 with his wife and four children. He spoke softly and led with his actions. He knew how to enjoy the little things such as a Friday night family picnic at the park, or a Sunday drive to Sikorsky to watch the planes take off and land. The only time you ever heard José brag was when he played Dominoes. He had an uncanny way of knowing what dominoes you held in your hand before you even played them. He was part of the first Cursillista Group of St. Mary's Church and he was also a member of the Holy Name Society for many years. José was a man of pious devotion, and was renowned for his recitation of the Rosary. So much so that when a relative passed, it was taken for granted that José would be the one to lead the Novena. José enjoyed listening to Puerto Rican folk music that would bring him back to his youth. He described music by his favorite group, El Trio Vegabajeño, as simple expressions of love, chaste and without conceit. José was loyal, faithful and humble. He loved the Mets, cleaning up the yard, gardening and other simple pleasures. Besides his wife, José is survived by his children José Márquez, Jr., Marianne Velásquez, Lissette Márquez, Samuel Márquez and his wife Angela; His Grandchildren, María Márquez, José Márquez, III, Aaron Márquez, Salina Velásquez, Yliana Williams, Mariah Williams, Alissa Márquez and Samuel Márquez, Jr.;his siblings José M. Márquez, Ángel L. Márquez, and Rosa Marín. Furthermore, a host of nieces, nephews, relatives, and friends that will sorely miss him. José was preceded in death by his son in Law, the late Steven Velásquez, his granddaughter, Sofia Velásquez, his siblings Ramón Márquez Rosa, Justiniana Flores, Ladislao Márquez, María E. Márquez, Luz María Márquez, Carmen E. Márquez and his cousin the late Eusebio Velez. Friends are invited to attend calling hours on Thursday, June 17, 2021, from 6:30 P.M. until 9:00 P.M. at the Funeraria Luz de Paz, 426 E. Washington Avenue, Bridgeport, CT; A Mass of Christian Burial will be held on Friday, June 18, 2021, at 12:00 P.M.directly at the Blessed Sacrament Church, 202 Union Avenue, Bridgeport, CT. Interment will follow in the Lakeview Cemetery, Bridgeport, CT; Please sign our Memorial Register book and Webpage where you may share memories, pictures and so much more, found EXCLUSIVELY at www.luzdepaz.com <http://www.luzdepaz.com/>.
To order memorial trees or send flowers to the family in memory of Jose Marquez, please visit our flower store.