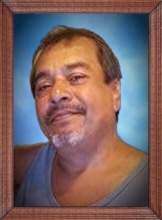 Jose R. Figueroa, age 60, son of the late Oscar H. Posada and Maria J. Figueroa currently of El Salvador has passed away into the Peaceful yet Glorious presence of the Lord on Wednesday, December 4, 2019 in Yale New Haven Hospital, New Haven, CT. Jose was married in El Salvador to Angelica Morales de Figueroa then deciding to move to the United States back in 2002 to start anew. There wasn't anything he would not do or learn how to do as nothing was beyond the reach of a man with the desire to each day do more and accomplish more. He was considered a Jack of all trades by so many and a Master of ALL by everyone he had done something for. He would commit to accomplishing things, yet finish them to a perfection and nothing less! He was talented, joyful, a joker, and warm-hearted man who loved family, sharing moments and creating memories with everyone he came across. After coming to the United States he met his fiance Andrea De Leon in 2006, taking a significant roll in her life. He was received and embraced by Andrea's entire family since day one, as they could see since the day they met him what a great human being had come into their lives. They considered him family and would not consider him anything less. At family events, he was the Grill Master and his culinary skills didn't stop there as his seafood dishes would delight any palate. He enjoyed visiting the local casinos, enjoying countless moments playing and creating the memories that would last everyone a lifetime. He shared many intriguing stories with his family about experiences he had endured and sometimes he made them up just to share good times and great laughs when they would catch him as he would eventually give it away. Truly a loss of a genuine soul and a person who will forever be remembered as an amazing, joyful and generous person. Although he may not be with us any longer his actions, the moments shared and the laughter will be remembered and cherished for years to come. In addition to his family mentioned above, he is survived by his son Jose Figueroa Morales and his spouse Laura of Quincy, MA; his daughters Patricia E. Estrada and her spouse Eber and Mariela Figueroa de Melendez and her spouse Jose; his stepdaughters Yahaira Perez and Zaida Mendenhall; His brothers Enrique Posada and Oscar Posada; his sister Dora Posada; Eight grandchildren; and a host of nieces, nephews, relatives and friends whom will sorely miss him. Friends are invited to attend calling hours which will be held on Sunday, December 8, 2019 from 2:30 P.M. until 5:00 P.M. at the Funeraria Luz de Paz, (Peaceful Light Funeral Home), 426 East Washington Avenue, Bridgeport, CT 06608; Final disposition will be held privately at the convenience of the family. An online memorial webpage has been designed as a place where you may share your thoughts, memories, prayers, pictures and so much more but is only found at www.luzdepaz.com.
To order memorial trees or send flowers to the family in memory of Jose R. Figueroa Posada, please visit our flower store.