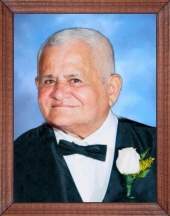 Jose A. Torres, age 76, the beloved husband of Awilda Torres of Bridgeport has passed away into the restful arms of the Lord on October 14, 2019, in Bridgeport Hospital; Jose was born in Peñuelas, Puerto Rico to the late Bartolo Torres and the late Lucila Perez, but had relocated to the Bridgeport area many years ago. He was a vibrant man full of life, who enjoyed being a master mechanic for many years at University Transport and Rider Transportation where he retired from after many many years. Everyone around the neighborhood knew Jose as he enjoyed countless hours in his garage and everyone heard him singing, dancing, talking and even simply just making friends with whoever came by or even walked by as he was just the neighborhood's friend. In addition to his wife, Jose is survived by his sons Jose Torres, Joselin Torres, Justin Torres, and Francisco Matos III. His daughters Belen Enid Torres, Ketsy Torres, Mintia Torres, Wendoline Torres, Yelitza Torres, Luz Amanda Torres, Charlene Torres, Victoria Torres, and Elizabeth Matos; his brothers Edwin Torres, Luis Torres, Angel Torres, and Rafael Torres; His sister Arminda Torres; a host of Grandchildren great-grandchildren, nieces, nephews, relatives and friends whom will sorely miss him and his love of life itself. In addition to his parents, Jose was predeceased by his sisters the late Olga Torres and the late Carmen Luz Torres. Friends are invited to attend calling hours on Monday, October 21, 2019, from 6 - 8 P.M. at the Funeraria Luz de Paz, 426 East Washington Avenue, Bridgeport, CT. Final viewing has been scheduled for Tuesday, October 22, 2019, beginning at 10 a.m. in the funeral home followed by his interment in Lakeview Cemetery, Bridgeport, CT. Please explore his Memorial Page, where you may share your memories, prayers and so much more found EXCLUSIVELY at
To order memorial trees or send flowers to the family in memory of Jose Torres, please visit our flower store.