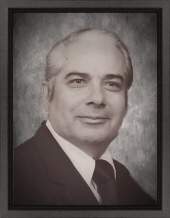 Juan Resto, age 88, beloved husband of Angelina Resto passed into the glorious eternal presence of the Lord on Thursday, July 19, 2018 in his home while he was surrounded by his loving family. Juan was born in Aguas Buenas, Puerto Rico in the Barrio Mulas to the Late Domingo Resto and the late Maria De Los Santos Lopez; when he was nine years old they moved to the barrio Sonadora in Aguas Buenas, Puerto Rico. He met his beloved in the same barrio where he lived and after some time they became one in marriage in the year 1950; Together they became parents to three sons Juan J. Resto (Norma), Angel L. Resto (Ginny) and Oscar Resto (Naty); nine grandchildren and 15 great grandchildren and a host of other relatives and friends whom will dearly miss him; Juan was a man who loved the Lord, always gave good testimony of a man of God; He lived his life as a good son, great dad and wonderful husband and a great example to anyone who knew him; He was a member of the Good Shepherd Christian Church for many years where his entire family played an active roll and worked in the works of the Lord to extend the gospel of Jesus Christ; Friends are invited to attend calling hours which will be held on Sunday, July 22, 2018 beginning at 6:00 P.M. Until the end of the Service and all will be held at the Good Shepherd Christian Church, 725 Hancock Avenue, Bridgeport, CT; Funeral services have been scheduled for Monday, July 23, 2018 beginning at 10:00 A.M. at the Church followed by interment in Lawncroft Cemetery, Fairfield, CT; an online Registerbook and memorial webpage has been designed as a place where you may share your thoughts, memories, prayers, pictures and so much more and is found EXCLUSIVELY at www.luzdepaz.com; The Funeraria Luz de Paz, 426 E. Washington Ave., Bridgeport, has been given the honor to provide final services for Juan;
To order memorial trees or send flowers to the family in memory of Juan Resto, please visit our flower store.