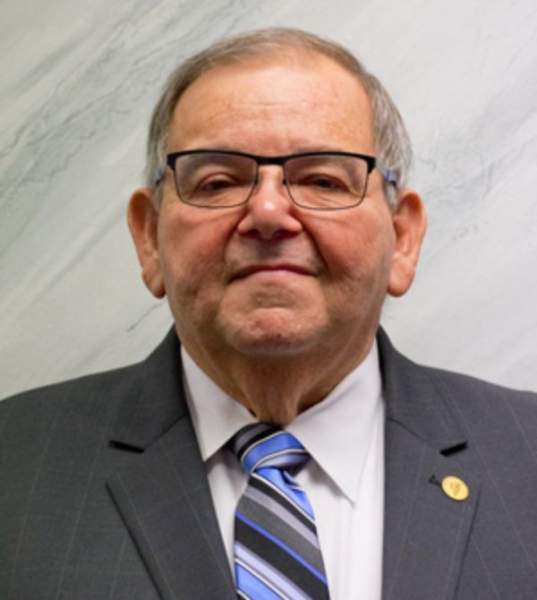 Justino Rosado, age 78, the son of the late Justiniano Rosado and the late Carmen D. Rosado, beloved husband of Aida A. Rosado went to be with our Lord on February 23, 2022, in MidState Medical Center, Meriden, CT. Justino was born in Ponce, Puerto Rico but at an early age moved to the Bronx, New York. He graduated from Saint Helena H.S. in NY and subsequently moved to Bridgeport and worked for Sikorsky before become a full time minister.

Justino was ordained in 1976 and began a ministry with his wife Aida in Mexico where they pastored a church together. In 1979 they returned to Bridgeport to start a family and continue his education. He graduated with a Juris-Doctorate, passed the Connecticut Bar Exam and began practicing Family Law. He became involved with the Connecticut Civil Liberties Union and assisted in winning a case in 1993 to ensure the redistricting proposed in Bridgeport be done with proper representation of its minority communities. He continued to be involved with his Church serving as their Treasurer and legal council to its Board of Directors. He later became a Hearing Officer for the State of Connecticut, Board of Education, serving as an advocate for children with special needs.

Justin was a caring man and a blessing to those around him. He enjoyed reading, a good laugh and a dry sense of humor. Without a doubt, Justin loved the Lord with all his heart and his greatest satisfaction was sharing the Gospel of Jesus Christ. He was a strong advocate for our Lord and his caring generous spirit will be sadly missed.

Friends are invited to attend calling hours to be held at the Primera Casa de Oracion (First House of Prayer), 42 Laurel Ave, Bridgeport, CT 06605 on Wednesday, March 2, 2022, beginning at 6:00 P.M. Until the end of the service.

Funeral Services have been scheduled for Thursday, March 3, 2022, beginning at 10:00 A.M. at the church followed by interment in the St. Michael's Cemetery, Stratford, CT.

Please sign our online memorial register book where you can share memories, pictures, and so much more EXCLUSIVELY Found at www.luzdepaz.com.

In lieu of flowers the family request that you send donations to the following charitable organizations:

Masks are to be worn at all times while inside the church to enhance the protection of all in attendance.