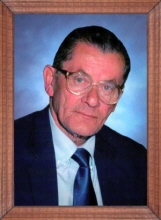 Luis A. Casasnovas, age 82, the beloved husband of the late Carmen Haydee Casasnovas has passed into the peaceful rest of the Lord on August 21, 2019 in his home. Luis was born in Utuado, Puerto Rico but had relocated to the United States quite some time ago. Luis was a good man with a heart of Gold. A hard working man, he strived to provide for his family and always invested his energy into spending quality time with them, creating unforgettable memories and moments to remember for a lifetime; Whoever met Luis could appreciate the love, care and affection he shared with everyone around him, which are the same traits he and his wife worked so hard to instill in his family and today they are clear examples of the great man he was. Luis is survived by his Sons Frank Casasnovas, Edwin Casasnovas (Nora), Rafael Casasnovas and Samuel Casasnovas (Maria Salome); his daughters Carmen Collazo (Frank) and Elsie Casasnovas; his sisters Gladys (Arroyo) Casasnovas and Sylvia Caraballo; his brother Amilcar Casasnovas;14 grandchildren and 18 great grandchildren; and a host of nieces, nephews, relatives and other friends whom will sorely miss him; In addition to his wife, Luis is predeceased by his son the late Luis Casasnovas; His sister the late Carmen Gonzalez and one Brother the late Francisco Casasnovas; Friends are invited to attend calling hours on Sunday, August 25, 2019 from 5-7 P.M. at the Funeraria Luz de Paz, 426 East Washington Avenue, Bridgeport, CT; Final viewing has been scheduled for Monday, August 26, 2019 beginning at 10:00 A.M. at the Funeral Home followed by a Mass of Christian Burial at 11:00 A.M. Interment will take place after the mass in Park Cemetery, Bridgeport, CT; An online Registerbook and memorial webpage has been established as a place where you may share your thoughts, memories, prayers, pictures and so much more but is EXCLUSIVELY and ONLY found at www.luzdepaz.com;
To order memorial trees or send flowers to the family in memory of Luis A. Casasnovas, please visit our flower store.