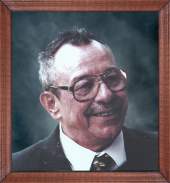 Luis R. Rivera, age 81 of Norwalk, returned to the Loving Arms of the Lord on Thursday, October 4, 2018. Born Oct 10, 1936 in Orocovis Puerto Rico, he was the 3rd of 12 children born to the late Mercedes and the late Ramona Rivera. Raised in a loving christian home he learned to work hard, laugh often and to value his family above all. At 13 he was the first in his family to begin to grow their roots on the mainland, arriving in Florida and making his way up the coast following the picking seasons. Eventually he settled in New Jersey where he wore many hats, including working as an employee at a canning facility and a volunteer fireman. It is here, at 26, he met the woman he would marry, Dorothy McKinney. Luis and Dorothy Rivera would eventually move to Connecticut, following family and work, and make new roots for their family in Norwalk. Luis enjoyed his work, his family and his friends. Whether going on double dates with his wife and brother and sister in law, playing dominoes with friends after work, taking his wife and children on weekends away to visit family, or just watching the game with his sons, he brought joy and love to all in his presence. He was honest and funny in his approach to everything which only added to his charm. He made friends of everyone. Through the numerous children that were cared for at his home by his wife, Luis touched the lives of many whom he loved as his own adopted grand children. Luis was blessed in this life to raise a large family. He loved his children deeply, his grandchildren and great grandchildren immensely. In his latter years, as his health began to decline, a visit from his grands or great grands would give him great joy. There is not a member of this family who will not miss his hearty laugh and spirited sense of humor, his individual nicknames for them or his loving but honest commentary. He was predeceased in death by his children, Steven McKinney & Valerie Harris ; siblings Carlos Rivera, Praxides Rivera, Octavio Rivera, Jose Antonio Rivera, Teresa Figueroa, Guadalupe Rivera and Christina Rivera, and great granddaughter Chloe. He is survived by his wife Dorothy Rivera, his children Cheryl Rivera (William Molina), Luis A Rivera (Tony)(Sylvia Villarreal), Gregory McKinney, Melvin Brown and Roger Brown (Mamie Brown). His grandchildren, Steven McKinney Jr, Darrel McKinney, Stephanie McKinney, Shaki McKinney, Tanese Lee, Marcel Lee, Michael Lee, Dawn Harris, Tyrone Toomer, Mellernese Wilson, Theresa Stokes, Tamara Brown, Alexandria (Lexy) Brown, Jermaine Kee, Kevin Lockwood, Michael Lockwood, Alicia Lockwood, Shawnnika Brown, Angel Brown, Roger Brown Jr, Nishie Brown, Marisol Vigil, Victor Askew, Luis A Rivera Jr. (T.J.), Tiffany Rivera, Krisia Gonzalez and Armanni Rivera. His Great Grand Children Steven, Aniyah, Nakiaah, Brendon, Shaleah, Tanaijah, Unity, Luvon, Nicole (Brielle), Deja (Karter) Jamil, JuJuan, Samael, Jermaine, Gavin, Jade, Mason, Elijah, Shawn, Maryn, Taylor, Morgan, Sydnee, Amir, Roger, Ryan, Royce, Frank, Vanessa and Daniel. He also leaves his siblings Ramona Velez, Edita Cruz, Celestina Perez, Frederico Rivera, Natividad Nieves, and sister-in-law Barbara (Ronald) Booth, and a host of God children, extended family and friends. Viewing will take place at the Calvary Baptist Church, 21 Concord Street, Norwalk, CT on Saturday, October 13, 2018 from 10:00 A.M. until beginning of Service. A Funeral Service is scheduled for Saturday, October 13, 2018 beginning at 11:00 A.M. ath the Calvary Baptist Church, 21 Concord Street, Norwalk, CT Luis' interment will take place in Riverside Cemetery, 81 Riverside Ave, Norwalk, CT 06850. The Funeraria Luz de Paz, (Families First at Luz de Paz), 426 East Washington Ave., Bridgeport, CT were entrusted with his services. Repast following the Interment at Calvary Baptist Church. Funeral floral arrangements can be ordered from Bruce's Flowers, Norwalk and they will be deliveredTO THE CHURCH directly in time for the services on Saturday Morning.
To order memorial trees or send flowers to the family in memory of Luis R. Rivera, please visit our flower store.