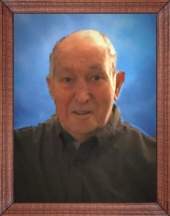 Manuel Fernandes, age 86, most recently of Stratford, returned to the Loving Arms of the Lord on Saturday, March 9, 2019, at Bridgeport Hospital. He is the beloved husband of Amelia Fernandes whom he married almost 55 years ago. Manuel was born in Portugal but relocated to Venezuela seeking a more comfortable life, soon after he had settled in, he went back to Portugal to Marry his beloved. They soon moved to Venezuela together where they remained for some time. In 1974, His parents having relocated to the United States, requested them to move to the United States with their children; they then moved to Bridgeport, CT where they resided for many years. In the early nineties, after their children were of age, they decided to move to Florida where they resided for about 20 years but began missing their children and most recently their Grandchildren and didn't want to miss valuable time with them. Therefore, they decided to move back to CT where they resided since; He is the son of the late Joao and Natividad Gouveia Manuel is the loving father of Maria (Tom) Rampino and Fatima (Milton) Santos; the caring grandfather of Jillian Rampino, Blake Rampino, Joshua Santos, Christian Santos, Amelia Santos and Grace Santos; and the brother of Maria, Rosa, Ilda, Natividad, the late Joao Eugenio and the late Eduardo. Family and friends are invited to attend Calling Hours on Thursday, March 14, 2019, from 5 to 8 p.m. at the Funeraria Luz de Paz (Peaceful Light Funeral Home) 426 E. Washington Ave., Bridgeport, CT 06608. A Mass of Christian Burial is scheduled for Friday, March 15, 2019 beginning at 11 a.m. at St. Mark’s Church, 500 Wigwam Lane, Stratford, CT 06614. His interment will follow at St. John’s Cemetery, 500 Moose Hill Road, Monroe, CT 06468. Please explore his online Memorial Page where you may share your memories, prayers and so much more but is found EXCLUSIVELY at www.luzdepaz.com.
To order memorial trees or send flowers to the family in memory of Manuel Fernandes, please visit our flower store.