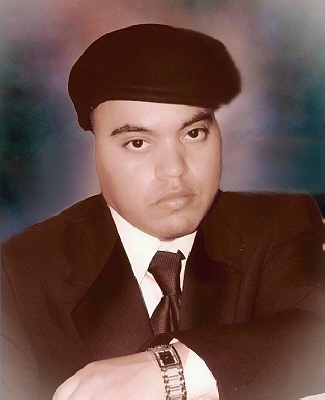 Manuel A. Rivera Jr., "Manny" son of the late Manuel Rivera, Sr. and Maria M. Martinez Torres, was born November 3, 1975 in Bridgeport, CT. He attended the Catholic Schools of Holy Rosary and St. Ambrose. He graduated from Harding High School class of 1994. He was in the top ten percent of his graduating class, Class President, sang in the school choir and was a big part of several theater productions. He was a volunteer tutor at Barnum School and the McGivney Community Center. He served as president of the St. Charles youth group for many years. He then went on to pursue his great love for music. If you wondered where Manny was in the house-all you had to do was follow the sound of music. It was a dance party in his family home almost every night. DJing at many family functions as well as for friends. He had a deep passion for writing and wrote many freestyle songs for himself and other freestyle artists. He performed on many stages throughout Connecticut, New York and beyond. He attended a school of Music, The Conservatorio de Musica de Puerto Rico in San Juan, While there, he gained much knowledge of music, performance and composition. Learning to play guitar was always one of his childhood goals and he did so with ease and grace. Manny was in his true element while singing and performing. He grew a dedicated fan base that will never forget him, not only for his music but also for his very kind and humble soul; His family will ALWAYS remember him for his contagious sense of humor, quick with jokes, famous family impersonations, and his smile. Manny is survived by his mother Maria M. Martinez Torres, his son Justen Manuel Rivera, two sisters, Iris N. Rivera and Magaly Moreno; Brother in Law John Moreno; Nieces Natasha Rivera, Deja Morton, Deanna Morton and Isabella Moreno; Great Nephews, Jovony Martinez, Jr. and Ezekiel Guzman. Also a host of several aunts, uncles and cousins. Manny was predeceased by his father the late Manuel A. Rivera, Sr. Friends are invited to attend calling hours on Saturday, February 20, 2021 beginning at 5:00 P.M. - 8:00 P.M. at the Funeraria Luz de Paz, (Peaceful Light Funeral Home), 426 East Washington Avenue, Bridgeport, CT 06608; Final disposition will be at the discretion of the family; Meanwhile and online memorial register book has been established as a place where you may share your thoughts, memories, prayers, pictures and so much more but is EXCLUSIVELY found at www.luzdepaz.com "and when great souls die, after a period peace blooms, slowly and always, irregularly. Spaces fill with kind of soothing electric vibrations. Our senses restored never to be the same, whisper to us. They existed. They existed. We can be better, for they existed. "Maya Angelou"
To order memorial trees or send flowers to the family in memory of Manuel A. Rivera, please visit our flower store.