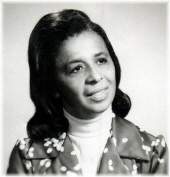 Maria Almeida, age 89, currently of Bridgeport, passed away on Thursday, October 25, 2018 in her home. Maria was born in Cape Verde to the late Antonio David Azancoth and Antonia Maria Ramos on September 22, 1929. She is predeceased by her beloved spouse the late Joseph Almeida. She is survived by her daughter Elsie Almeida; her siblings Mateus Azancoth, Ilda Maria Ramos, Lidia Maria Ramos Soares, and Maria De Monte Soares; her grandchildren Christina Alvarado-Castro, William Alvarado, Jr., and Daisy Miranda; her great-grandchildren Marc Alvarado, William Alvarado, III, Christian Muñiz, Gabriella Castro, Carter Alvarado, and Kevin Augusto; and a host of other relatives and friends that will miss her dearly. In addition to her parents and spouse Maria is also predeceased by her sons the late Antonio Almeida and Francisco Almeida; her brother the late Belmiro Azancoth. Friends are invited to attend calling hours on Monday, October 29, 2018, from 6-8 P.M. at the Funeraria Luz de Paz, (Families First at Luz de Paz), 426 E. Washington Ave., Bridgeport, CT. Funeral services have been scheduled to take place on Tuesday, October 30, 2018 beginning at 9:00 A.M. at the Funeral Home followed by a Mass of Christian burial at St Augustine Cathedral Parish, 359 Washington Ave, Bridgeport, CT. Interment will proceed in Lakeview Cemetery,885 Boston Avenue, Bridgeport, CT. A Memorial page has been established as a place where you may share your thoughts, memories, prayers, pictures, and so much more, found EXCLUSIVELY at www.luzdepaz.com
To order memorial trees or send flowers to the family in memory of Maria Almeida, please visit our flower store.