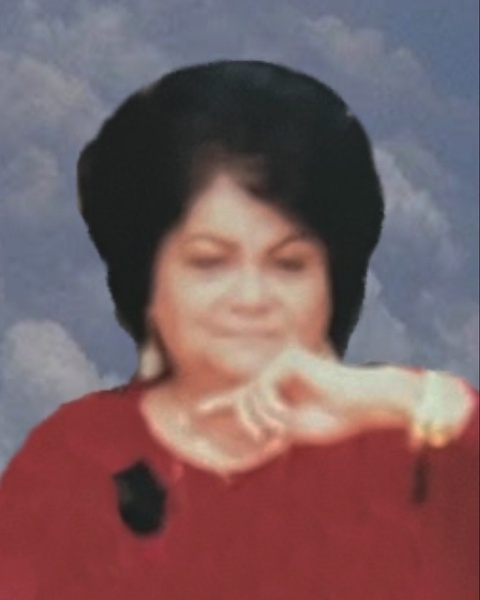 Maria Rodriguez, age 85, of Bridgeport passed into the presence of the Lord on Thursday, September 15, 2022, in her home.  Maria was born in Naranjito, Puerto Rico to the late Jose A. Chevere and the late Obdulia Rodriguez.  She relocated to the mainland United States to New York in the 1950's, then to the Connecticut area where she has resided since.  Maria was a gem of a woman who took very good care of herself daily.  She made sure her appearance was always on point and her personality was that of a contagious nature.  Everyone who knew her, loved her spirit and the joy she shared.  She loved her flowers which always flourished under her green thumb and her pet birds which were her babies.  She was a spectacular cook and nothing brightened her day more than spending time with her family and cooking for them.  She also enjoyed some quiet times watching TV and her novelas.  She will be sorely missed by all.

Maria is survived by her children Lillian Batista, Nancy Batista, Carlos Batista, Aileen Delgado (Juan) and Rafael Rodriguez, Jr.  Her siblings Lydia Soto, Jose Sanabria, Milagros Sanabria, Luis Colon, Mercedes Elias, Antonio Sanabria and Altero Sanabria; eleven grandchildren and many other relatives and friends who will dearly miss her. She was preceded in death by her son the late Jose R. Batista and her siblings the late Ebeneli Figueroa, the late Josefina Rodriguez, the late Raul Sanabria and the late Efrain Sanabria.

Please sign her online Memorial Register book as a place where you may share your thoughts, memories, prayers, pictures and so much more but is EXCLUSIVELY found at www.luzdepaz.com.

To order memorial trees or send flowers to the family in memory of Maria Rodriguez, please visit our flower store.