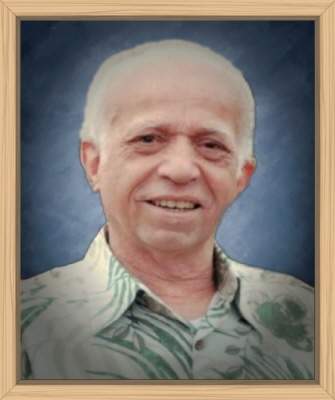 Modesto Orozco, age 78, of Milford, passed away on May 31, 2021, in Milford Hospital, Milford, CT. Modesto was born in Yabucoa, Puerto Rico to the late Pedro Orozco and the late Placida Delgado. At an early age, his family relocated to Bridgeport, CT where he resided for most of his life. He was a kind and humble man; always willing to help others. Modesto focused on his family especially taking care of his late wife Jenara Orozco. They were married for over 50 years, and everyone always commented on their love, devotion, and affection for each other. Modesto took much pride in his handiwork and craftsmanship. He built a crib for his firstborn as well as a bicycle from scratch for his children. He restored items and brought them back to life with much care and joy. He was also a hard-working and dedicated baker. Modesto always shared his recipes and relished the time spent in the kitchen. He was a beloved member of his extended family; being a father-figure to his nieces, nephews, and neighborhood children. His house was always filled with young people who needed a place of refuge. This is how we all knew how much he loved the Lord. Modesto shared Christ in many ways to many people. Along with his wife, he co- founded and worked at Mana Soup Kitchen. He took on this ministry and never wavered in serving others. Modesto will be lovingly remembered by his children, Lillyan O Vargas and her husband Felix; Modesto Orozco, Jr. and his wife Diana; and Nelson Orozco and his wife Arlene; his grandchildren, Marcos Modesto Orozco, the late Felix A. Vargas, III, Alyssa Joy McCartney, Mia Desiree Vargas, and Timothy John Orozco; his siblings Eulogia Delgado and Carmen Gairud; and all his nieces, nephews, relatives, and friends. They are blessed to have had him in their lives and will honor his memory and legacy. Friends are invited to attend calling hours on Friday, June 4, 2021, from 5:00 pm – 7:00 pm at the Funeraria Luz de Paz, (Peaceful Light Funeral Home), 426 East Washington Avenue, Bridgeport, CT 06608. In lieu of flowers please feel free to make a donation to the Lewy Body Dementia Association (www.lbda.org). Final disposition will take place at the Chapel Hill Cemetery, Orlando, Florida where he will be laid to rest next to his beloved “honeybunch,” Jenara.
To order memorial trees or send flowers to the family in memory of Modesto Orozco, please visit our flower store.