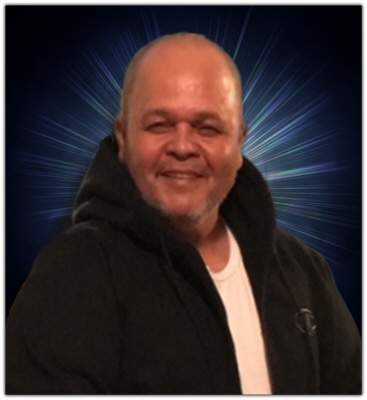 In loving memory of Rafael Colon. Pops, Papi, Rafi. On the afternoon of March 18, 2021, Rafael Colon of Bridgeport died at 64. Rafael was born to Jose Antonio Colon Sr. and Elisa De Jesus on September 18, 1956, in Guayama, Puerto Rico. In October 2000, he married Dina Colon and raised four children Karina, Jesica, Kenny, and Kaylee. Rafael arrived by plane at eighteen years old in 1974. He traveled alone amongst the states of New Jersey, Connecticut, and Massachusetts searching for employment before returning to the island of Puerto Rico. His family had established residency in Connecticut long before his arrival. Rafael's documents upon arrival in New England were his birth certificate, and social security card, which he referred to as his "passport." He thought it would be funny to share that Puerto Rico is an unincorporated United States territory. Upon arrival, Rafael settled in New Jersey at eighteen to work on a farm picking apples and peaches. Rafael has traveled twice to Puerto Rico since his initial appearance. He has spent over forty years living in the State of Connecticut. The first time Rafael moved back to Puerto Rico was when his job contract had ended. He returned to Connecticut precisely one week later with both his parents in the early '80s. The second time Rafael returned to Puerto Rico was to attend his father's funeral in 2000. Rafael did not speak English upon arrival; he called his survival skills "street English." Rafael stated that he could fill out job applications with the help of kind people when seeking employment. Rafael once said, "I don't speak perfect English, but I can defend myself." Rafael grew up with fair skin complexion, handsome in all angles, yellow-green eyes, curly black afro hair - Rafael would often brag how all the ladies loved him and used to call himself a "Papi Chulo." Rafael never experienced racism - he once said if there ever came a day in which a racist person attempted to belittle him, he would fight them because he knew how to fight. Rafael was the true definition of something else. Rafael was a hardworking man, always on the go, never knew when to say no. Rafael was a man of many hidden talents and hobbies. Rafael worked as a mechanic and machine operator until he officially retired from Lajoie's Auto Wrecking in Norwalk, CT, after twenty years of faithful employment. Rafael was caring, compassionate of others, considerate, forgiving, generous, wise, and above all, Rafael was sent from Heaven. Rafael had a heart of gold. A few of Rafael's hobbies included spending quality time with family, fishing, laughing, and watching his favorite shows: Guy's grocery games, Gold Rush, Dragon Ball-Z and Ultimate Survival in Alaska. Rafael’s favorite movie was The Italian Job and John Carter. Rafael would sing the Spanish version of the roadrunner theme song in his own way: Estando en la carretera se oye un beep beep. (beep beep) Ten la seguridad que se trata de mi… si sigue con sus tontas trampas te va matar. Correcaminos, que coyote te va a cojer y en el desierto te va a matar de sed. Beloved Husband, Father, Father-in-Law, Grandfather, Brother, Son, Uncle, Cousin, and Friend. Rafael is preceded in death by his parents. Rafael is survived by his wife, Dina, his four children: Karina L. Doreus and her husband Fritzgerald Doreus, Jesica M. Colon, and her fiancé Erik A. Marrero Jr., Kenny U. Colon, Kaylee A. Colon, two grandkids: Mala'ky J. Doreus and Skylar N. Doreus. In addition, Rafael is survived by his siblings: Jose A. Colon Jr., Virginia (Lucy) Colon, Iraida (Yayi) Colon, and Carmelo Diaz. Family and friends are invited to attend Calling Hours on Saturday, March 27, 2021 from 5 p.m. to 7 p.m. at the Funeraria Luz de Paz, 426 E. Washington Ave. Bridgeport, CT 06608. His final disposition will be held privately and at the convenience of his family. Per the request of his family, everyone attending Rafael's services this Saturday is required to wear 2 (two) masks. There will be masks available at the funeral home for anyone who needs an additional.
To order memorial trees or send flowers to the family in memory of Rafael Colon, please visit our flower store.