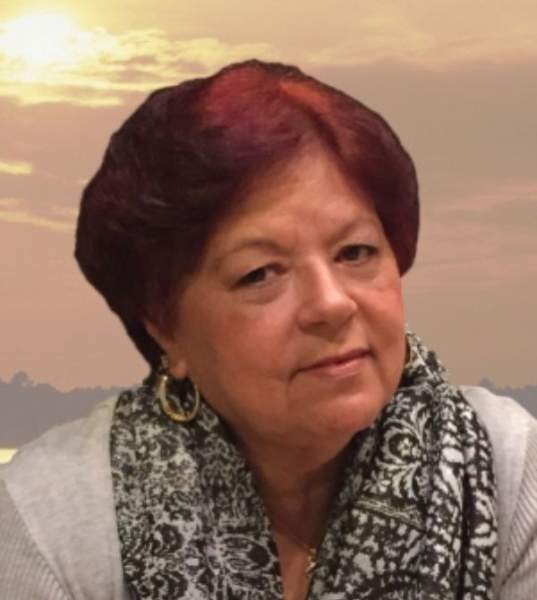 Rose M. Roman (Rivera), age 72, currently of Ansonia, CT has passed away into the peaceful and glorious presence of the Lord on Friday, August 20, 2021 in St. Vincent's Medical Center, Bridgeport, CT; Rose was born in Bridgeport to the late Bienvenido Rivera and the late Isabel Caban and had resided in Bridgeport most of her life. Rose was a very vibrant woman, full of life, and a challenger of the "Norm". A very determined woman true to her word, assertively shared her opinion and view without hesitation. Her tolerance for what she considered substandard treatment of her and hers was none. With her strong Sprited personality, set in her ways, she had the ability to be very persuasive in her views and what she believed was right and would not allow anyone to sway her differently. Although some may have known her with such strong views, intolerant and cemented in her will, there were many who came to know her as being the one person who could listen, that one person who always had an ear, who gently gave that touch, that embrace letting them know everything was going to be alright when things seemed too tough to handle. She had a gentleness about her, which allowed them to feel as if they can let their guard down, talk, share, without being judged, mistreated, or pushed away by others around them. She managed to have a connection to the younger generation who some even within their own families would consider as if they may have no hope, no future, would probably mount to nothing, yet she managed to give them a ray of hope, and allowed them to see that there is something better for them and allowing them to see the higher levels they were destined to reach. She embraced many who would of been shunned by others even at times family members. Ultimately, if Rose felt any particular way, you knew what she felt, although she may not say it, she showed it, what you saw is what you got, no hidden agenda, no artificial dealings simply Rose. Her home was always open to all who came her way. For many years, Rose had battled health issues, but if you saw her, unless you saw her at one of the most challenging of times, you would never know. Her willingness to strive forward was admirable. At a most unexpected time, the Lord called her home, but knowing the Lord, He knows when its time for anything and everything in our lives. Although God's time may not be our time, we also trust in the almighty who works all things in favor of those who Love the Lord. None of us are perfect, His grace perfects us, His love embraces us, and never lets go. The memories Rose created throughout her life, will live for years to come in the hearts of those who knew her, until the day where the Lord reunites us all into His Glorious presence, may she rest in Peace. Rose is mother to three sons, Carlos Bayon Jr. (Alexandra), Gerald Bayon, and Marcus Bayon (Leidy); her daughter Miriam Rivera; Her siblings Miriam, Margie, Gloria and Luis A. Rivera; her god-daughter April Rivera. Some of the young men and women who she came to know & considered as her own children. She spoke constantly about them because she held them close to her heart, such as Leon Sanders, Wilfredo Padro, Josh Gonzalez, Ray Ortiz and Ivette Rodriguez; She is also survived by her grand-children, Amanda, Carlos, Michael, Jordan, Jerrele, Malik, Amaya, Richard, Randy, Eduardo, Jeremy, Kayley, Jaydelin, Gabriel, Matthew, Anthya, Rubi, & Ruben. her great-grandchildren, Isabel, Evelyn, Alexander, Dominic, Athena, Marcus, Desiree, Giselle, Aiden, Eduardo, Juju, Sophia, Alivianna, Kaidence, Kaysin, Kalei, & Kairo. In addition she is survived by a host of other relatives and friends whom will sorely miss her. In addition to her parents, Rose was preceded in death by her sister the Late Bienvenida Montalvo, the late Ricky Rivera and the late Gilberto Rivera; Friends are invited to attend the Viewing/Visitation/Calling hours to be held on Friday, August 27, 2021 from 7-9 P.M. at the Funeraria Luz de Paz, Peaceful Light Funeral Home), 426 E. Washington Ave., Bridgeport, CT; Final Dispoition will be held in private at the convenience of the family. Meanwhile please sign Rose's Online Memorial Registerbook and page where you may share your thoughts, memories, prayers, pictures and so much more but is EXCLUSIVELY found at www.luzdepaz.com

To order memorial trees or send flowers to the family in memory of Rose Roman, please visit our flower store.