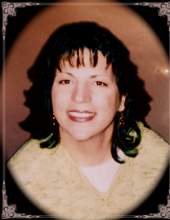 Vivian Alice Zayas Martinez of Bridgeport, CT, affectionately referred to as Viv, Titi, Bibi, “The ONLY Titi”, passed from natural causes the evening of Friday, March 27th, 2020 at Yale New Haven Hospital. She was born in Port Chester, NY to Victor Manuel Zayas Vega and Alicia Zayas Martinez on September 29th, 1964. Her mother, was her whole world and role model. Alicia bestowed in her the importance of unconditional love and family. Her father, ever the provider, worked hard to make sure she lived comfortably. Traditionally, family supported each other when they came from the island to mainland US. This allowed for Vivian to not only be raised by two loving parents, but an entire network of family. Her abuela favorita, Leyda Diaz, was a huge influence on how much of a compassionate and generous woman Vivian became. Her sister Ivette Santiago Zayas was her best friend and her partner in crime. From matching outfits and paper dolls to playing albums on the record player, swooning over Michael Jackson, George Michael, Lionel Richie, Prince, and Richard Marx. Her brother Richard Zayas, in his youth, was her shadow and headache. Literally, he dropped an encyclopedia on her face. She told stories of how every day after school, they would walk down South Regent Street to Park Deli to buy sandwiches, chips, canned sodas, and candy for them both for under $5. Richard made sure to mention that he was not allowed to enjoy his share until they finished watching Days of Our Lives. She attended Port Chester High School along with cousins Ralph, Hector, Lucy, and Danny. She summered in Puerto Rico visiting with family and jumping in rivers with cousins, Miriam, Tony, Carlito, Milagros, Lourdes, Dalia, Lorna, Carmen, Mary, the two Geraldos, and Chuito. After graduating high school, she graduated from Butler Business School in Bridgeport, CT with a Legal Secretary Certificate. Vivian was excellent, adored, and highly demanded in this profession for over 30 years. In her personal time, Vivian’s entire life was built around her family. She helped raise 3 nieces (Jessica, Kristina, and Ivey), 1 nephew (Brian), and 3 grandnephews (Malachi, Leo, and Theodore). Additionally, she praised and adored her niece Nikole, and her nephew Richard Jr. In her adulthood she built a stronger bond with cousins Robert, Jackie, Lizzie, Marisol and her daughter Alanis. Her good friend Nelly Soto was her ultimate traveling and adventure sidekick. Such ventures included a trip to Universal, a helicopter ride, a Michael Jackson concert, and lots of restaurants and movies. Dianne Vlasto was her confidant. Vivian spoke fondly of how supportive and encouraging she was. Vivian was a lover of movies, music, Cuban and Italian cuisine, vacationing with family, shopping for her nieces and nephews, and framing their pictures and artwork. Evidence of these things are all over her apartment, especially her fridge. December of 2016 Vivian was diagnosed with Acute Myeloid Leukemia. She fiercely maintained her independence and fought to the end, bravely facing her battle with cancer and later Graft Vs Host Disease with courage and grace. Her sister and nieces Jessica and Ivey, and her adopted niece Marcy were her fellow warriors fighting alongside her, supporting her whenever and wherever needed. She called them her “lovelies” and gave them her complete trust. She overcame her fears of passing when she developed a strong and unwavering relationship with God. She had always acknowledged that God was watching over her and had always protected her throughout her life. However, it wasn’t until she went into remission the first time and realized her lovelies would never abandon her that she was fully convinced. She gave God all the glory and prayed multiple times a day. She surrendered her life to him and was grateful for all her blessings. Vivian is survived by her father Victor, her sister Ivette, her brother Richard, her nieces Jessica, Kristina, Ivey, and Nikole, her nephews Brian and Richard Jr., and her grandnephews Malachi, Leo, and TAS. Vivian is predeceased by her abuela Leyda, her mother Alicia, and her aunt Chein Her funeral will be held at Mountain Grove Cemetery on Dewey Street in Bridgeport, on April 1st, 2020 under the direction of the Funeraria Luz de Paz, 426 East Washington Avenue, Bridgeport, CT; the liturgy conducted by Reverend Rolando Torres. PLEASE BE ADVISED: Due to current restrictions, attendance to the Committal Service is EXTREMELY LIMITED TO 10 PARTICIPANTS OR LESS. Of course, the Immediate family expresses their disappointment and apologies for the evident inconvenience which means that extended family will not be able to join them during this difficult time, but we know that many hearts and minds are with us in unison supporting us in prayer and well wishes. Vivian’s Celebration of Life will be held at a later date. All family and friends are welcome to attend when the date is finalized. In lieu of flowers or gifts, the family asks that donations be made to Vivian’s favorite charity, St. Jude Children’s Hospital, in her name.
To order memorial trees in memory of Vivian Zayas, please visit our tree store.

Please be advised: Due to restrictions and limitations placed by the State of Connecticut Health Department in regards to Social Distancing guidelines, a MAXIMUM of 10 persons including the Funeral Director and Clergy are permitted within close proximit